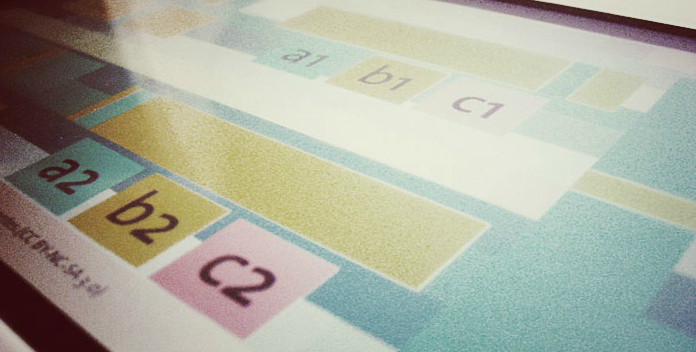 Raül Fuentes is a sonic collector. Over the course of the past year, he’s been collecting sound snippets from around the world like others collect keychains or vials of sand. These snippets now form the single long-form composition Omiyage, a Japanese word that can mean souvenir or memory. And it’s one of the most alluring soundscapes of the year.

A ticking clock is the first sound presented, followed rapidly by wind and rain, a stringed instrument, an announcer, droplets, and traffic, all in the first minute. Fuentes does not skimp when it comes to sound. This is how the entire composition plays out – a mélange of sounds used as instruments, specifically placed in the recording like the grains of a mandala. In imitation of its cover, Omiyage is an eruption of color, fodder for a synaethete’s dream. It doesn’t matter that these sources originated in different places, or that one would be unable to run from one to another with a field recorder in order to capture them in this order; Omiyage is a love affair with sound.

The remarkable crispness of the recording is another of its prime assets. The waves crashing against the shore sound as if they’re right there; close one’s eyes, and the children playing could be within arm’s reach. ”Mommy, look at this!” one cries. No, Mommy, listen to this. This is the sort of album one shares to tempt others to enter the world of field recordings and soundscapes. Forget nature recordings and new age blandness. This is the sound of nature, humanity, industry and celebration, tumbling over itself like rocks below the wrack line. Imagine taking a walk through a rain forest next to the ocean in the middle of a highway festival as the skies open and people are beamed in and out, and you’re halfway there. The only bad thing about the recording is that it might spoil listeners with its richness. After this, field recording fans may hear a new recording and say, “What? Just birds?” or “We could really use some bulldozers.” But that’s not the point. The point is to ask, how much can one throw in without overload? And the answer is probably, only a little bit more than this. One never expects soundscapes to push limits, but this one does, and its boldness is its strength.

And yet, just as one feels that the pace will never slow – the carousels and car washes, the subway trains and disco beats, the composition takes a massive breath. Shhhhh ~ silencio, says a sonorous, authoritative voice, like a librarian or statesman quieting a crowd. Silencio por favor. Organ tones rise; a choir begins to sing. Fuentes is inviting us to listen to the smaller noises as well as the large, to appreciate what can only be heard through attention. In this way, the artist lets the listener know that he has more on his mind than sonic expansion. Sound is holy; not just sounds, but sound itself.

The sound of children playing instruments (not very well) arrives in the wake of the church samples. Longer segments are now being used, producing a more immediate and natural flow. The sense of joy in creation is celebrated here, echoed later by the sound of adult musicians, gifted at their craft. This shift to manmade sound reflects the historical shift made by humanity, who invented music as a response to the rhythms of nature. After this, it’s only fitting that the recording ends with the bangs and pops of a huge fireworks display; the recording is so pristine that one wonders if microphones were attached to the pyrotechnics. This recording is worth the public honor. Omiyage is more than just memory; it’s an invitation to bask in the richness of the sonic world.

‘Omiyage’ is the Japanese word for souvenir; for something that will serve as a lasting memento of a particular time or place. We usually think of a souvenir as being something physical and visual; a trinket purchased in a gift shop perhaps, or a collection of photographs taken over the course of the stay.

Field recordist Raül Fuentes has taken a slightly different approach when collecting memories of his travels, preferring instead to use the medium of sound. His recent LEA publication, ‘Omiyage’, is absolutely brimming with audio snapshots made during 2011. Over the course of 45 minutes we are presented with a plethora of different recordings from Italy, Spain, France, Indonesia and China. All are woven together to form a rich tapestry which definitely keeps you on your toes when it comes to listening. With so much sonic variety and a fast pace, this publication is not really suited to background listening. It deserves ones full attention. You will get the most out of ‘Omiyage’ by simply taking the time to listen.

At a guess, I would say there are well over 40 different recordings featured in this sound work. All are of the highest quality. I also like the way the recordings have been aligned and subtly mixed to create a piece that really flows. To give just a little insight into the content, you can expect to experience both urban and rural soundscapes that represent natural as well as manmade sounds. Transport systems, church interiors, insects, waves, conversations, families at the beach, birdsong, running water and music are just a few examples. Like I said earlier, ‘Omiyage’ is brimming with content.

One of my favourite sections is from within a church. A male voice comes over the tanoy. “Ssshhhh. Silenzio. Ssshhh. Silenzio per favore. Silence. Ssshhh. Silence please.” Then the choir begins to sing. There is something quite beautiful about this fragment of the composition and I find myself returning to it again and again.

If you’re looking for something which takes you on an undefined acoustic journey across a range of different environments, surroundings and situations, then ‘Omiyage’ is definitely a publication for you.